Bread & Roses Community Fund’s Tribute to Change is like a family reunion, where people who care about social justice connect with each other, celebrate recent victories, and raise money for the next chapter of the story of grassroots change.

This year Bread & Roses is celebrating our 40th anniversary. In 1977, a cross-race, cross-class collective of organizers, activists, and donors founded Bread & Roses as a home for funding movements for real change in the Philadelphia region. Their leadership unleashed millions of dollars over four decades to flow to local grassroots groups organizing for racial and economic justice.

Through Bread & Roses, generations of organizers have gathered to build power and create real change. At Tribute to Change: 40 Years of Resistance we’ll commemorate this special anniversary by honoring our past and envisioning our future.

Resistance movements require sustained, strong leadership—the kind that’s cultivated through thoughtful and intentional mentorship. To recognize the role of mentorship in developing powerful movements over generations, we’ll be honoring four social change heroes with the Legacy of Leadership Award for dedicating their careers to cultivating leadership in others.

This year’s event will include two special features: storyteller Susan Klein will present a dynamic
narrative of Bread & Roses’ history based on extensive interviews and research, and Bread &
Roses cofounder and renowned photographer Harvey Finkle will exhibit photos documenting four decades of local movements for change.

Supporting the Tribute to Change

Proceeds from the Tribute to Change: 40 Years of Resistance will be used to support community organizers and grassroots groups in the Philadelphia region who are resisting, transforming, and building a more just and equitable world for all of us.

Please support the Tribute to Change and movements for real change by becoming a sponsor, purchasing a program book ad, or buying tickets. Contact Amanda Morales Pratt at 215-731-1107 x205 or visit breadrosesfund.org/tribute-to-change.

The Legacy of Leadership Award celebrates community organizers who have made outstanding
contributions to social change while also investing in building the leadership of resistance movements by mentoring new resistance fighters. By acting as educators and mentors, these honorees look beyond their present moment to ensure that movements for change can thrive over generations. 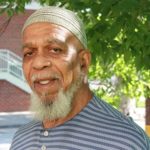 Abdul-Hakim ‘Ali is the public relations and outreach coordinator and board secretary for Reconstruction Inc. He is a returning citizen who was released in 2003 after serving almost 40 years in federal and state institutions. During that time, he earned an associate’s degree from Hagerstown Junior College and a bachelor’s degree from Morgan State University. Hakim is a member of the Coalition to Abolish Death by Incarceration, a group of organizations and individuals seeking an end to inhumane sentencing and mass incarceration and the harm it brings our many communities. He has been a practicing Muslim since 1969. 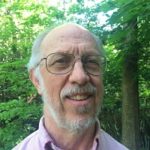 John Braxton began a lifetime of activism during the movement against the war in Vietnam. After refusing to be drafted, he was sentenced to 30 months in federal prison and served 16 months before being paroled. As a labor organizer, he helped to lay the groundwork for the
1997 national UPS strike, which created 10,000 new full-time jobs at UPS. John helped to found Philadelphia Jobs with Justice and has been active in mobilizing the labor movement to respond to the climate crisis. He currently teaches biology at Community College of Philadelphia. 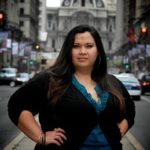 Erika Almirón Niz is the executive director of Juntos, a Latinx immigrant communityled
human rights organization. She was born in South Philadelphia to immigrant parents from Paraguay. After college, Erika worked to build organizations like Media Mobilizing Project, Philadelphia Student Union, and the Mexico/US Border Program of the American Friends Service Committee. Her recent work includes pushing for sanctuary city policies, fighting to shut
down immigrant detention centers, and building power to end deportations and criminalization of immigrants and Black and Brown folks. 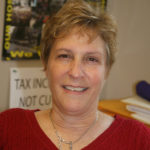 Nancy Salandra has been an organizer with Disabled in Action/Philly ADAPT for 24 years. She is the director of independent living services at Liberty Resources, a nonprofit that supports
activism and promotes community integration, consumer control, and dignity for all persons with disabilities. In June, Nancy and other ADAPT activists staged a “die in” at Sen. Mitch McConnell’s office, leading the way to stopping the repeal of the Affordable Care Act. She credits her own mentors, Cassie James Holdsworth, Erik von Schmetterling, and Jimmi Shrode, for supporting her in learning and developing her skills as an activist.