Jean has lived in Philadelphia since 1965 and has been active in a variety of struggles for justice: civil rights, the anti-war movement, the grape boycott, the women’s movement, and neighborhood organizing. Jean’s career has included paid organizing, staff nursing, running a feminist women’s health center, working for Philadelphia Parks & Recreation, foundation work, and running two nonprofits: Elizabeth Blackwell Health Center for Women and the Campaign for Working Families. Jean has always supported the People’s Fund/Bread & Roses because she believes in its mission of strengthening organizing at its base, in neighborhoods, among people most directly impacted by injustice. 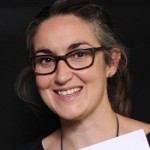 Leah is the capital campaign director for Farm & Wilderness, a nonprofit operating six summer camps and year-round educational programming. She previously worked as a fundraiser for Common Market and Mariposa Food Co-op. In her volunteer time, Leah raises money for organizations and political candidates she believes in and encourages others to think more radically about the money they are giving away or investing. She is a member of Resource Generation. Leah is excited to bring her passion for fundraising and more than 10 years of experience working with nonprofits to support Bread & Roses. 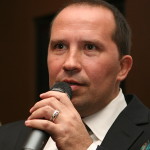 While working as miners, Fabricio and his father attempted to win the right to take a lunch break. Fabricio lost his job as a result, while his father fought on and won lunch break rights for himself and his coworkers. Fabricio has been inspired by that fight and has been helping workers, immigrants, and communities get organized to win power ever since. He is an organizer for POWER. Prior to that, he founded the local Restaurant Opportunities Center and the independent Philadelphia Security Officers Union. Fabricio was a member of the Community Grantmaking Committee for 10 years.